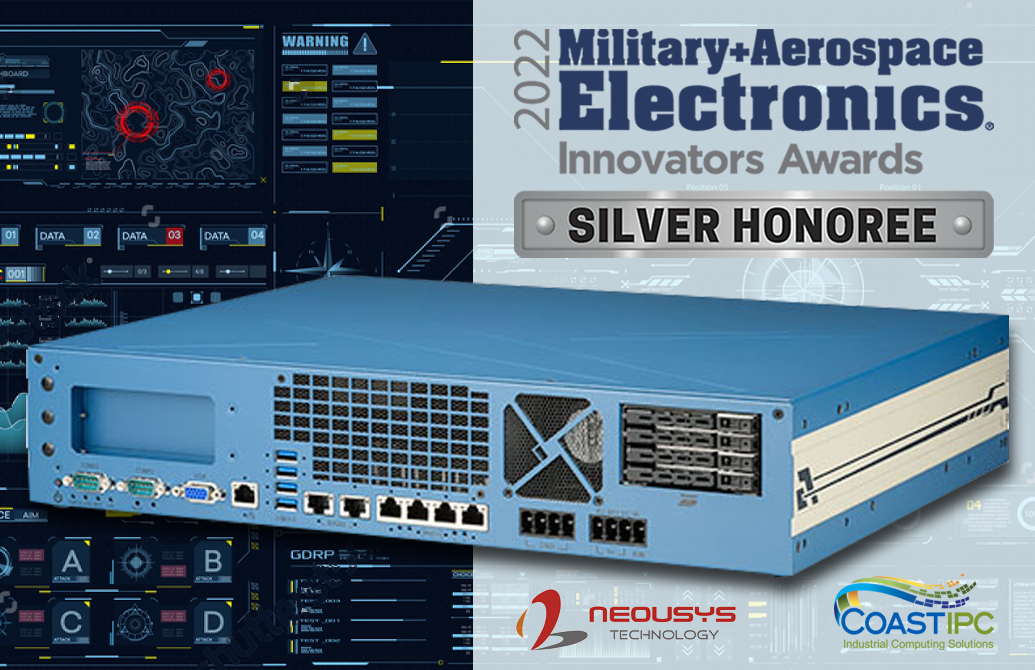 Industrial and rugged embedded computers and systems provider Neousys Technology — a CoastIPC partner — has been honored with a 2022 Military + Aerospace Electronics Innovators Award for its rugged RGS-8805GC HPC server.

Into the Future of Edge AI

CoastIPC began working with Neousys Technology in 2012 and since then has become a valued partner for the Taiwan-based company.

“Applications such as deep learning and AI require industrial PCs with powerful processing and graphics capabilities, and products like the NRU-52S help propel these applications forward,” said DeWaal.

As part of its research and development for embedded computing platforms, Neousys Technology will actively devote resources to creating new platforms based on the Jetson AGX Orin system-on-module. With up to 275 TOPS and 8X the performance of the previous model, the Jetson AGX Orin is NVIDIA’s most powerful edge AI platform. As always, once products are released by Neousys Technologies, CoastIPC will have them available and ready for both new and existing customers, according to DeWaal.

“For a decade now, CoastIPC has been one of our most esteemed partners in North America due to their expertise in the markets and industries we serve and the expectations that they continually exceed,” said

Roy Wang, vice president of Neousys Technology. “Both now and going forward, we value our relationship with CoastIPC and look forward to the next 10 years of cooperation.”

For questions on industrial computing, edge AI, or Neousys Technology products, contact us here or reach out at 866-412-6278.